Introducing, The “Phalanx Attack System” by Riccardo Calimanti Galli, a black belt under Jorge Britto of Jiu Jitsu for Life and Sambo black belt, brings you today an exclusive thorough deep dive into the inner workings of his attack system from combat base.

Your link to the video will appear in your receipt immediately following the completion of your purchase. Your link will remain active for the duration of the terms and conditions. Please do not distribute.

There are no reviews yet.

Only logged in customers who have purchased this product may leave a review. 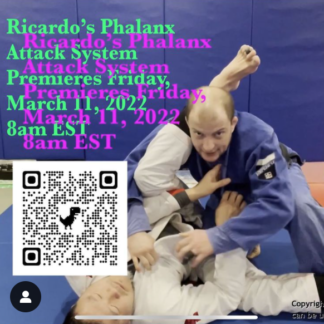